Wärtsilä India Customer, Essar Offshore Subsea Ltd is currently working on its Pipe Laying/construction/lodging Barge “DLB Nand Gaurav”. The vessel will be brought back into operation for a new upcoming pipe-laying project after it was laid off since July 2015.
The vessel is powered by 9 engines and two of those are our 8-cylinder Stork Werkspoor SW280 engines that were originally supplied by Wärtsilä Netherlands and commissioned in September 2013. These have been running continuously for 2 years after installation.
Wärtsilä India attended the vessel in December 2017 and has now started working on the engines to get them back into operation; this will mean for us a major engine overhaul and re-installation of Viking 35 control systems on board. 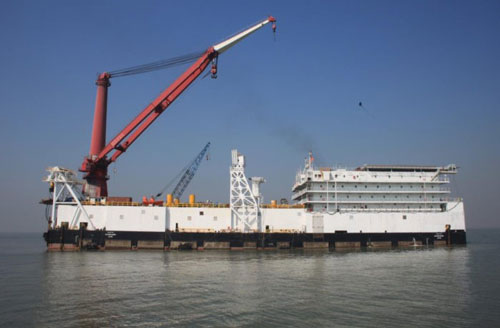