On May 3rd, La Segmenti Industriale S.r.l  (LSI) based in Saviano, Italy, officially signed a distributor agreement with QuantiParts BV from Zwolle the Netherlands.

Since 1962, LSI has been selling spare parts market for Diesel engines in Italy, operating from the region of Napels. In 1980 a production workshop has been added to keep up with the growing customer demand for fast services and high quality spare parts.

LSI has been growing ever since and is now a major player in the spare parts business for GMT engines in Italy. This solid market position has made LSI a valuable addition to the distributor network of QuantiParts, complimentary to Wartsila’s own network of Service units. With the signing of the distributor agreement, LSI has become, sales responsible for all QuantiParts engine brands in the
South of Italy. 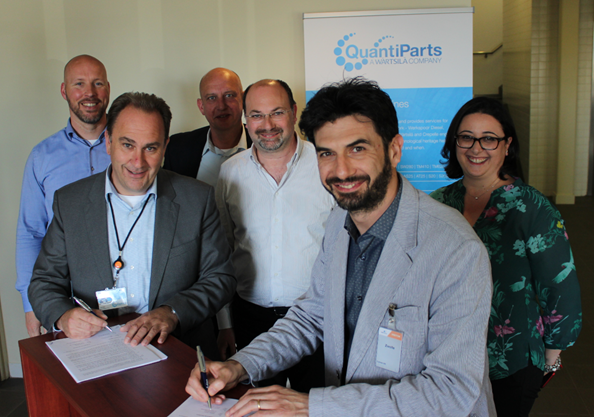