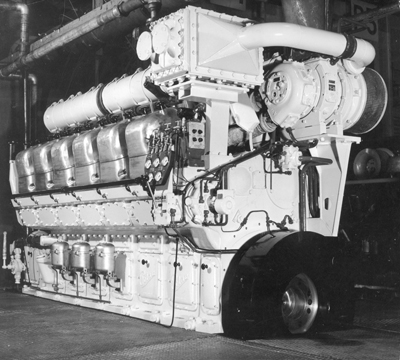 The F10 (also known as the Polar engine) was the first four-stroke engine to be built by Nohab in Trollhättan, Sweden. Constructed in the early sixties, it quickly became popular both in Sweden and abroad as a compact but powerful engine.
The F10 engines were available in 3-,4-,5- and 6-cylinder inline versions and in 8-, 12- and 16-cylinder V-configuration. Although the engine type has not been in production for over 35 years, there are still around 300 engines operating worldwide.

THE MAIN FEATURES OF THE F10

Information documents that are available to all visitors
Engine Leaflet (5MB)