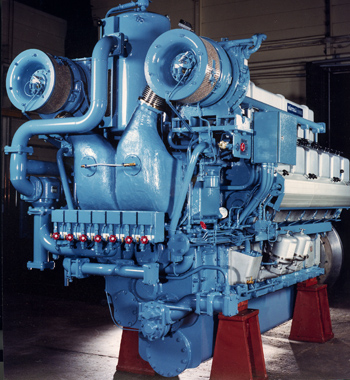 The Wärtsilä 25 engine range was built between 1987 and 1999 as a higher-output version of the earlier F30. Originally to be branded as Nohab F40, its naming was aligned to the Wärtsilä principles. The Wärtsilä 25 was available in a 6-cylinder inline version as well as 8-, 12- and 16-cylinder V-engines. There was also a WN25F version, designed specifically for use in nuclear power plants.

THE MAIN FEATURES OF THE WN25
BENEFITS / OVERVIEW
CONTACTS: