During 2018, a power plant in the capital of Mali, Bamako, was rehabilitated by
a team of technical experts from Quantiparts together with Wärtsilä Projects. The project scope was the complete overhaul of engines and power plant auxiliaries, with the objective to restore power supply to the grid of Bamako district of the Mali capital. Initially three of the four Deutz 640 engines of the plant where brought back into operation.

After the completion of the rehabilitation of the three generator engines and increasing demand of power supply to the grid, decision has been made to
bring the forth engine of the power plant now also back in operation.

The official signing of the agreement to rehabilitate the fourth Deutz 640 generator engine has taken place in April 2019.

QuantiParts will supply all required engine parts and technical expertise as the Original Engine Manufacturer with in house resources, for these Deutz engines.

- Dismantling of heat exchanger during 2018 in Bamako -> 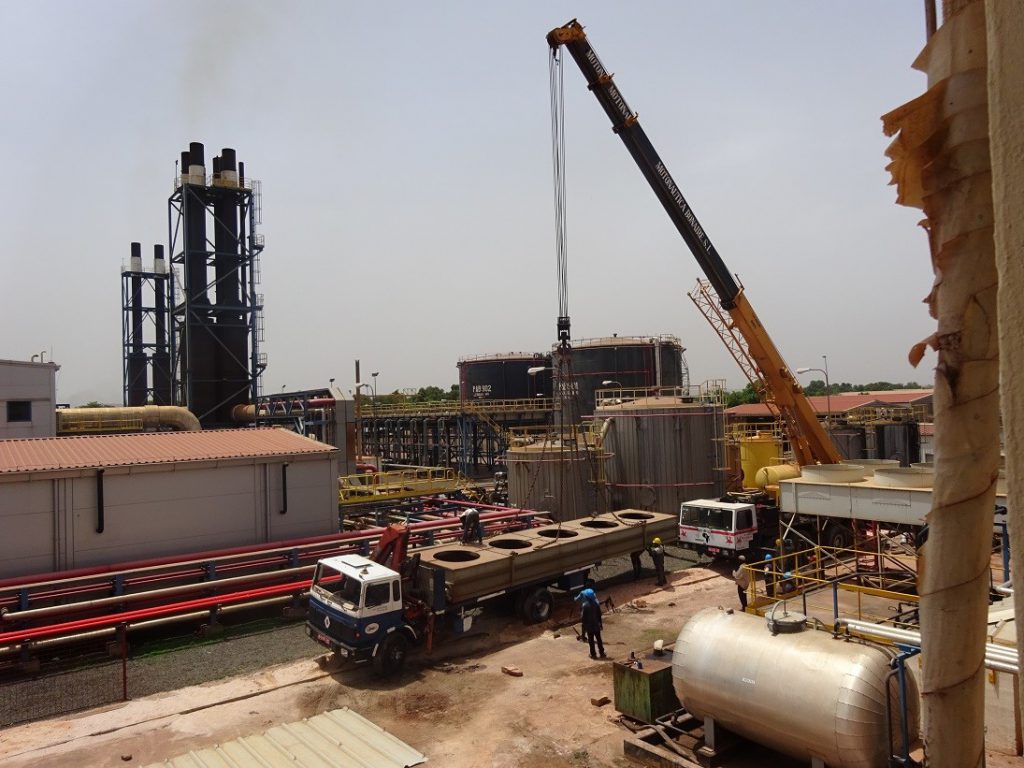