QuantiParts bv and Step’in have jointly rehabilitated the backup generators for the KMS pumping station in Northern Senegal. The local waterauthority Sénégalaise Des Eaux had requested QuantiParts and Step’in to perform the rehabilitation after a breakdown of generator set 1.
The engineers replaced the crankshaft of DG1 and performed a full overhaul to bring the generator set back to factory standards. Also DG2 was fully overhauled by our engineers.
August Storm was subcontracted to perform the works on the engine’s automation and alarm systems.
1st of December 2018 both engines were trialled and commissioned. Sénégalaise Des Eaux agreed on a nightly black out simulation of the pumps station to limit water cut impacts on population. During this black out scenario both gensets performed as expected and were successfully trialled and handed over to the end user Sénégalaise Des Eaux. 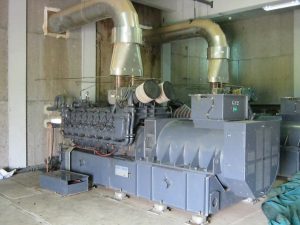 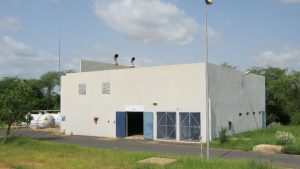 The pump station in Northern Senegal